Intersect Reconciliation and Harmony: the need of Hour

To encourage the role of Ulama and Religious scholars as the “Peace Advocates” in the promotion of sectarian reconciliation in society, Peace and Education Foundation (PEF) and Council of Islamic Ideology (CII) organized a National Conference titled “Intersect Reconciliation and Harmony: the need of Hour” in Islamabad. By engaging diverse religious leaders PEF has developed a sustainable mechanism to combat sectarian conflicts and violence, emanating from the misunderstanding of each other’ sects. PEF developed and published a comprehensive narrative of sectarian reconciliation and built a capacity of hundreds of religious leaders, Imams and madrasa teachers to combat violent sectarianism. These trained Imams and religious leaders (Sunni and Shia) then were embarked on their mission to disseminate the message of reconciliation and peace within their communities. ‘These interactions between diverse ulema and removing misperceptions about each other sects resulted in an unprecedented collaboration and made peace and reconciliation possible’.

With the support of these mid-level religious scholars and Ulama from all sects and civil society members, Peace and Education Foundation (PEF) has effectively decreased the sectarian narratives that promulgate hate and violence in society through promoting the narrative of sectarian reconciliation and harmony across Pakistan. At the moment, about 70 peace advocates and 20 members of intersect reconciliation councils are actively promoting the narrative of sectarian reconciliation under sectarian project. More than 20,000 copies of this narrative have been distributed among religious scholars through these peace advocates. PEF ‘Peace Champions’ have organized more than 200 community-based activities to curtail the sectarian violence, hate speech, incitement to violence against any particular sect and maintain peace during the holy month of Muharram-ul-Harram and the birthday of prophet.

To acknowledge the efforts of Ulama and religious scholars from all sects, Peace and Education Foundation distributed awards of “Peace Advocates” to religious scholars who have devoted their time and efforts in bringing peace and harmony to their communities and across Pakistan at large under this project. Ulema that participated in PEF Sectarian Reconciliation project from Punjab, Sindh, and Khyber Pakhtunkhwa, and the members of Ulema Jirga from KPK, and the Ulama Reconciliatory Councils from Sindh and Punjab applauded the PEF unprecedented efforts in reconciling sectarian divisions. The religious scholars further suggested greater interaction and communication among religious scholars and seminary students. 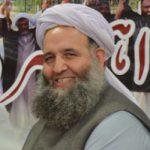 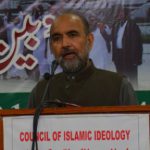 The media should promote the narrative of tolerance and inter-sectarian harmony and make it the “talk of the town”, instead of airing frivolous and provocative programs to get higher ratings.
Dr. Qibla Ayaz, Chairman Council of Islamic Ideology 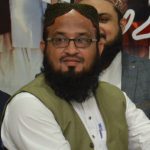 I spent the important days of my life in spreading the hate against other sects. The training workshop organized by Peace and Education (PEF) and the study of the narrative of sectarian reconciliation gave me an excellent guidance and provided answers to many misperceptions I had of the other sect. Today, I am teaching love rather than hatred.”
Maulana Rizwan Farooqi, Peace Advocates Karachi and former senior member of Sipah-e-Sahaba militant group 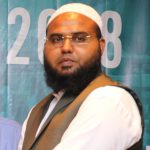 I was a naive teacher in Madrasa and Imam in a local mosque. I did not consider other sects on right path except my own sect, I used to teach and preach hatred about other sects. After joining a few training workshops organized by Peace and Education Foundation, I realized how un-Islamic my conduct was. Now, I struggle for reconciliation and unity between the sects and have doubled my efforts to promote peace and love..”
Maulana Israr Gul Haqaani, Peace Advocate from Mardan, KPK – he is a madrasa teacher and Imam of a mosque 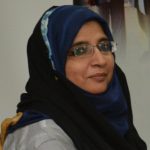 Unless we engage our women, mothers, sisters, and daughters and do not aware them about this message of harmony and reconciliation among Muslims, we could not create a peaceful society for our new generation. We have established a women team in Karachi from all sects and organized many successful programs for women to promote the narrative of sectarian reconciliation.”
Ms. Imtiaz Javed, a famous religious scholar at QTV 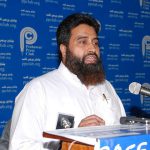 Khyber Pakhtunkhwa is a more sensitive province in terms of sectarian conflict in Pakistan but I will say that due to PEF initiative to promote sectarian reconciliation, there has been a big change since the religious scholars from all sects assembled together at many programs resulted in more closure to each other in this province.”
Maulana Maqsud Ahmad Salfi, Secretary General Muttahida Ahle Hadith Khyber Pakhtunkhwa 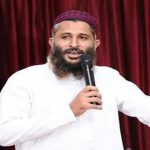 I was a member of a sectarian group that has very rigid views against other sects; I did not have any contacts with other sects. Luckily I found the platform of PEF where I met many other Ulama belongs to opponent sects. I observed that all of them are very kind and tolerant of each other views. This behavior changed my life and I decided to make an alliance of all these Ulama at Punjab level. Now I am working to promote the sectarian harmony, tolerance, and peace under the alliance of “All Sects Ulama Board”.
Maulana Asim Makhdum, Khateeb Jamia Masjid Kubra, Samanabad, Lahore

An “Inter-Sectarian Reconciliation Committee” was established by PEF in Punjab to address the sectarian conflicts and hatred among society. The member of the committee was chosen on their proven leadership abilities and perceived commitment to inter/intra-sectarian work and also incorporating a diversity of sects.

To reduce the sectarian hatred among the followers of different sects, Inter-Sectarian Reconciliation Committee Punjab organized ten (10) activities that included visits of key religious madrassahs of all sects in Punjab, Seminars, Conferences and press talks.

Peace Advocates KPK
After receiving training on the content of the narrative of sectarian reconciliation, the KPK team of “Peace Advocates” has organized more than 80 follow-up activities at community level to disseminate the narrative of sectarian reconciliation. These activities included Friday sermons, lectures, press conferences and TV Programs. About 4000 people were directly engaged in these activities. Moreover, thousands of people were indirectly outreached in KPK through TV programs and media coverage of press conference.

Under the leadership of Dr. Qibla Ayaz “Muttahida Ulema Jirga” was established in Khyber Pakhtunkhwa (KPK) that comprises the well-known religious leaders from all sects.

The Muttahida Ulema Jirga consists of the following members;

PEF has established an “Inter-sectarian Reconciliation Council” in Sindh to response any sectarian conflict arises in the locality of Karachi city. The following well-known religious scholars who belong to different muslim sects were included as a member of this team.